–  an asphalt wearing course over a base asphalt course, and

–  a single wearing asphalt layer over a granular base

Thin asphalt surface layers do not typically fatigue as they are usually in compression due to the proximity of the wheel loading. 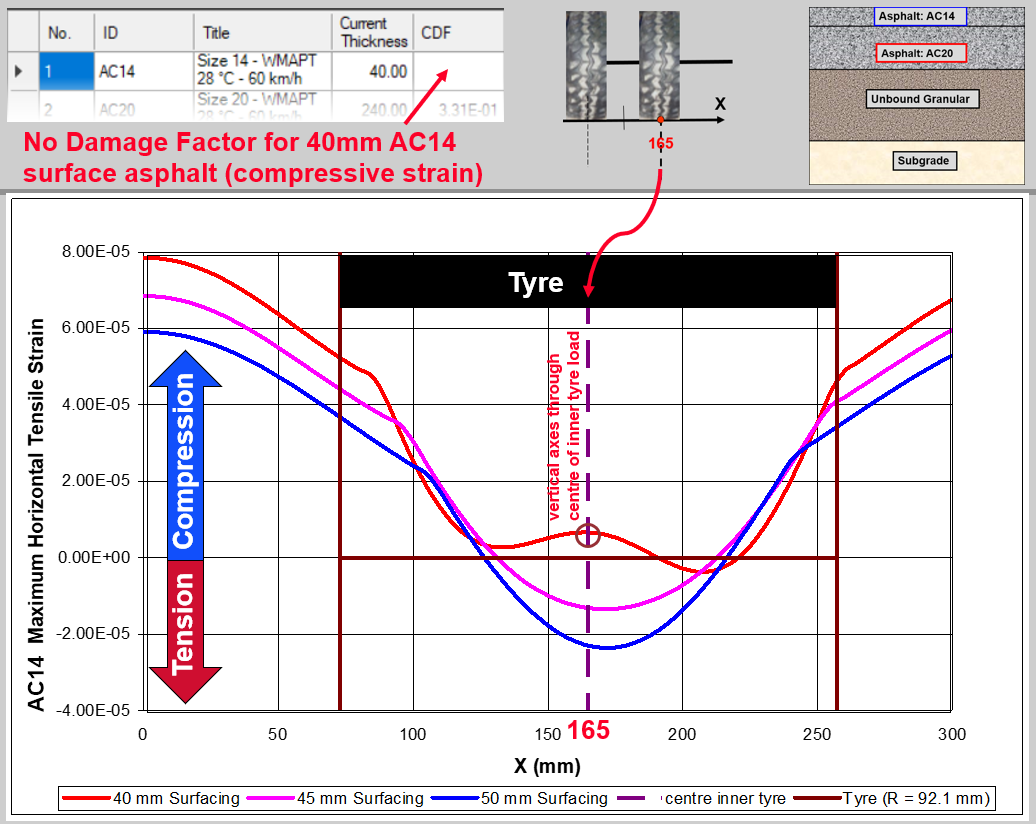 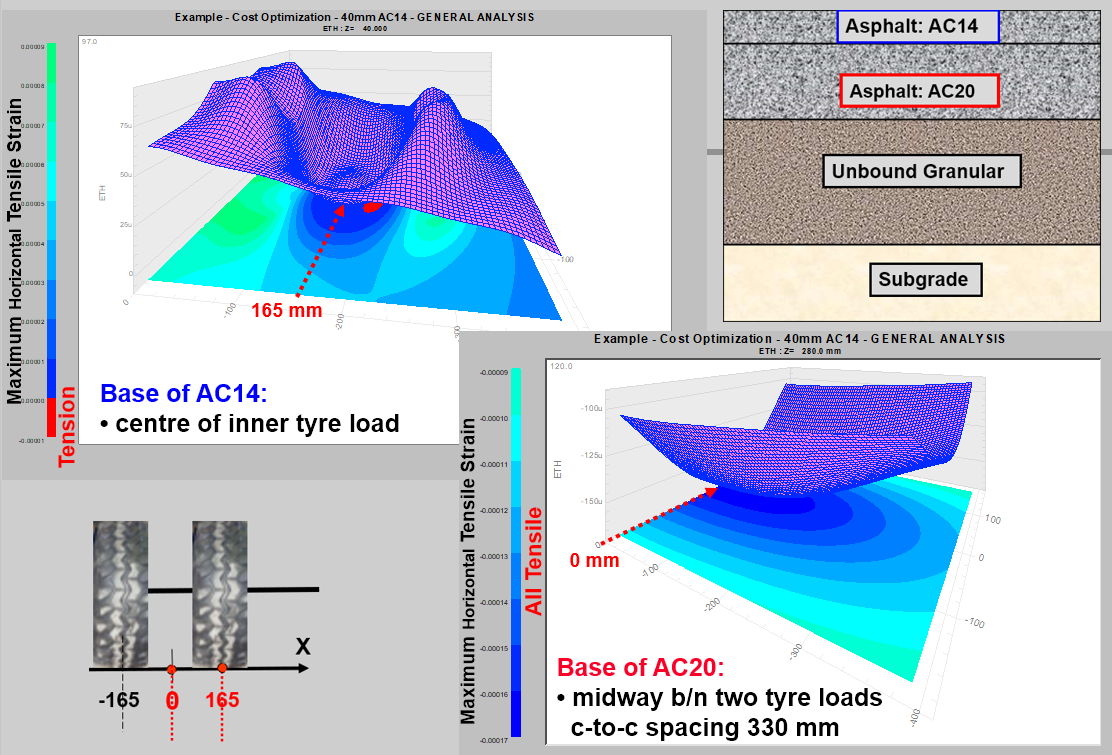 “For some projects, the mechanistic-empirical modelling may indicate that both a thin (< 50 mm) and thick asphalt surfaced pavement can be adopted.

Caution is advised in adopting the thin asphalt surfaced pavement option because the dominant damage types are not necessarily those addressed by the design model and as a consequence mechanistic-empirical modelling of asphalt layers less than 40 mm thick is less certain than for thicker asphalt layers (Section 8.2.7 – see later).

Appendix K ‘Effect of Asphalt Thickness on Fatigue Life of Asphalt-Surfaced Pavements’ discusses why more than one asphalt thickness is theoretically possible.

Appendix K includes Figure K 1: General relationship between asphalt thickness and horizontal strain at the base of an asphalt layer. 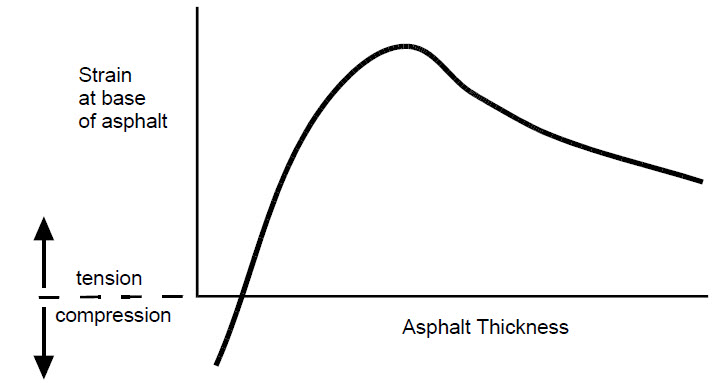 The key point is that there are generally two asphalt thicknesses that give the same magnitude of strain located to the left and the right of the maximum point.

The following figures based on CIRCLY analysis results illustrate this point.

The same strain occurs at the critical strain point (centre of the inner tyre load) for this pavement structure with a surface asphalt layer thickness of 40 mm and also 74 mm.

Designers are cautioned, however, that the mechanistic-empirical design model has not been validated for granular pavements having asphalt surface layers less than 40 mm thick and that there is considerable uncertainty associated with the use of the model for these pavements.

In particular, while the design model may suggest that pavements with thin asphalt surfacings can perform comparably to thick asphalt pavements at high traffic loadings, it does not adequately account for the impact of traffic loads on these thin surfacings.

Some agencies restrict the use of single layer asphalt surfacings on new pavements because of the performance risks associated with them. They are not commonly used for urban freeway applications due to the risk of premature distress

A typical example of this is the performance of thin (< 50 mm thick) asphalt-surfaced granular pavements compared with thick (> 100 mm) asphalt pavements for high traffic loadings.

Therefore, although the thin asphalt-surfaced granular pavement may achieve the design objectives, there are numerous factors that may affect its field performance.

Thanks for letting us know!
This is how we improve bertha
What did you expect to happen?